So You're In a Global Pandemic

Well this dark world scenario is apparently going to stick with us for the long haul. I would like to say that sitting in my house with my thoughts has led me to some deep and original insights about the nature of the universe. Instead I have this stuff.

If there was a single food item of the pandemic in my circles it was chili crisp. A couple of weeks into the local lockdown the New York Times put chili crisp front and center with a piece in their food section. Soon chili crisp on hot dogs was all the rage in my work chat. The stuff went flying off the shelves.

Thanks to my favorite cooking channel on youtube I had a few months head start on the masses and a decent stock of the stuff at home. I am also lucky to live near an excellent Asian grocery, which keeps a good stock of the stuff: 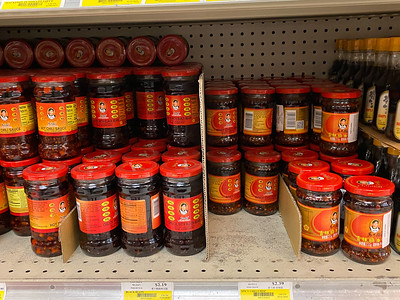 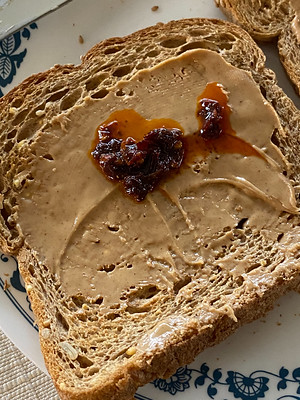 It had never occurred to me to store hot dogs frozen and ready to go on any whim. Thanks to my second favorite food channel on youtube now I know better. 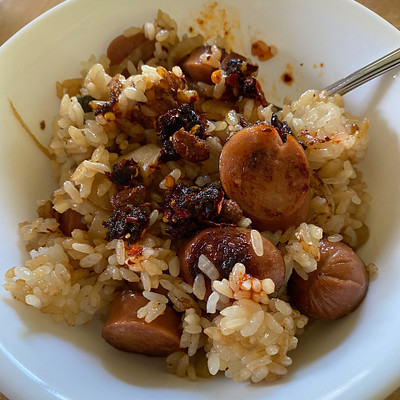 Sohla is a hero by the way. You should make anything she says to make.

For the past couple of years I’ve been pondering whether to delete all my stuff out of twitter. What better time to do this than when stuck at home with nothing to tweet about? Anyway, I didn’t delete everything, although I should have. I downloaded a script that let me delete anything no one had read or reacted to. Still, it was nice to get rid of all that useless “digital footprint” while keeping my favorite stuff, like the menu for the hot dog fried rice truck.

One of the few highlights to come out of this extended hellscape has been Sir Patrick Stewart reciting Shakespeare’s Sonnets each day. I’m sure when he started he had no inkling that he might get through all 154 of them. I mean, that’s almost half a year. But now even having taken a month off, it’s pretty clear that he’ll get to the end before we are done. He could probably even do the whole thing again.

Unquestionably my biggest cooking victory in this time has been accidentally finding a pie crust method that works. Pie crust has always made me nervous because I have repeatedly failed at making it at many times in my life. But, we had the spring rhubarb in the house, and trekking to the store for the pre-made seemed like not the thing to do right now. So I got a recipe from a friend of mine and remembered that I had a lot of farmer’s market lard in the freezer. So here is what you do (shout out to Penelope, whose recipe ended up with Elizabeth, who gave it to me … and then I mutated it a bit):

Cut the fat into the flour a bit at a time in a food processor. You don’t want giant chunks of butter when you finish, but you also don’t want them to be too small. Dribble the water into the result and mix it around. Add just enough for the dough to stick together (around half a cup usually does it for me). Split the dough into two equal balls, flatten, and put in the fridge. This makes a top and bottom crust for a 9 inch pie.

Yes I know I’m mixing unit conventions. This is just how it worked out. Go find your own recipe.

The real genius though is getting someone else to roll out the crusts and put them in the pan. In this case Karen does it for me, and I still get the credit for mixing everything correctly. Win Win. 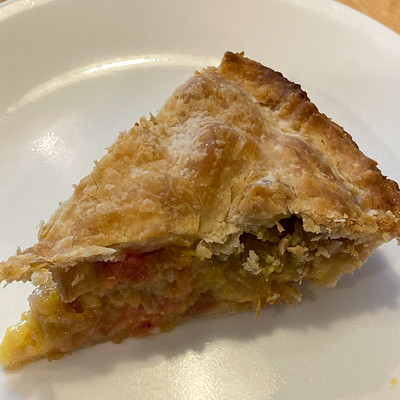 OK. It’s old man complaint time. For reasons that I am not going to get in to I had occasion the recently to look into programming tools that are used for introductory programming classes at the “almost but not quite college freshman but they probably teach this stuff to college freshman” level. Now, back in the times of the dinosaurs when I was an undergrad at CMU, I actually helped to build the programming environment that CMU used in their freshman programming class for about a decade before they switched to something like Borland C, and then presumably to linux, C++, java and all that nonsense in the 90s.

So here is my question: almost 40 years later, why are the tools that we hand to relatively inexperienced students still such crap? My shallow investigation of this space indicates that you can bucket the available systems into two broad categories:

Neither of these is good for an intro-level college class, where what you want is a relatively non-intimidating simulation of what working with “real” tools might be like.

There are some exceptions and as always the Lisp people have struck out on their own and done OK.

But I see very little in the way of languages and integrated environments that:

Anyway. I’m truly curious if something like this exists, and in my more idle moments I find myself pondering: “What thing in 2020 would you build to most faithfully replicate and update the Turbo Pascal/Lightspeed Pascal experience from the 80s?” I imagine someone has a web site that does this. Which makes me sigh.

Anyway, what I am sure about is that golang and Atom (or typescript and VS.CODE … or Swift Playgrounds, or Haskell, or Rust) are not that thing.

One of the true blessings in Pittsburgh right now is that La Prima can ship their coffee beans to your house overnight. This, combined with this cute new mini coffee machine, has brought espresso back to our house. If you do get the machine, make sure to get regular coffee baskets for it. The double wall pressurized baskets that come with it make perfectly fine coffee but are weird and hard to clean.

As a bonus, make her mapo tofu recipe as well. Then take that shit and put it on a hot dog, with chili crisp. 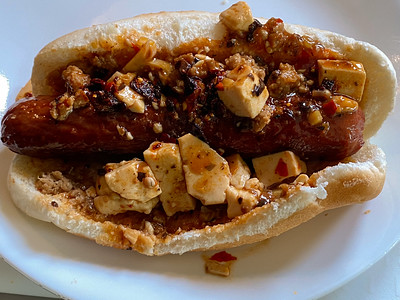 OK. I’ve run out of gas. I’ll save the last two for later.

Stay home. Don’t go to the bar. Wear your mask.