Today a few things that I’ve added, or improved, to my home kitchen repertoire since the great darkness began. No sourdough bread here, sorry.

OK. This is a bit of a cheat since I’ve already mentioned this in my ode to ma-po tofu in 2020 earlier. Still, it deserves another mention. Make ma-po tofu, put it on tater tots. 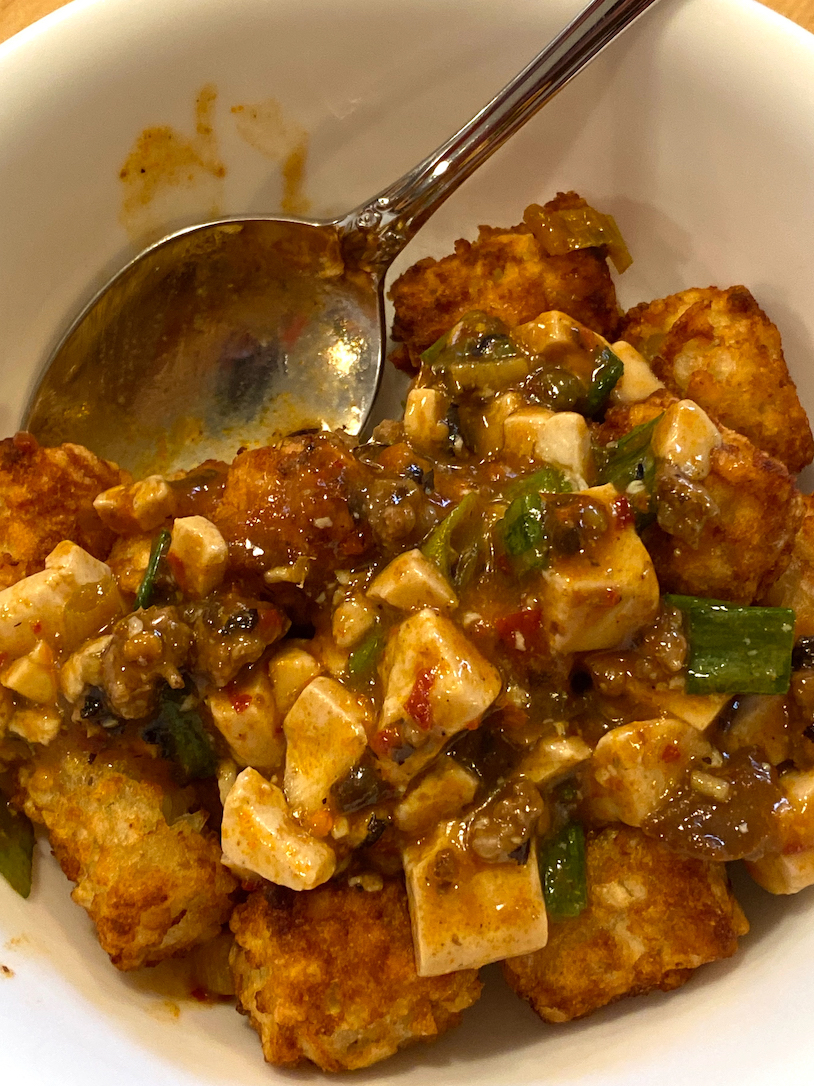 I stole this idea from this guy, but tweaked it a bit for my own style.

You can do this an Instant Pot (best), rice cooker (also good) or on the stove (probably fine, but tedious). Put the following things in the pot:

Turn the pot on. For the Instant pot I run a “porridge” cycle which is 10-15min at high pressure. You should run whatever cycle is appropriate for your device. When the pot is done, stir the rice around. Add some soy sauce, salt, white pepper, and green onion. Now you have hot breakfast for a week. Throw a soft egg on top for an extra bonus.

Gently poached chicken has been a staple of mine for years. But I thought I’d make an extra shout for it out now for two reasons:

Here is what you do. First, buy a medium sized whole chicken. 3 to 4 pounds is ideal.

When you are done you’ll have beautifully tender, soft and moist chicken meat. Pull it all off the carcass and put it in the bowl to drain and dry off. If some of the meat is not completely cooked, don’t worry. You can finish it off later when you use it in some other dish.

Now take the mostly bare bones and put them back in the pot with onion, celery, carrots and whatever else you want (or, for a more Chinese/East Asian style stock, just some celery, ginger and green onion) and simmer that for another couple of hours. Pour out into pint containers and stick them in the freezer.

Now you can make at least two meals in any number of ways.

For chicken rice, take some rice and put it in the rice cooker with the stock. Cook at normal, serve with the poached meat from above and chili sauce.

For chicken soup saute some onion, celery and carrots in a soup pot on medium heat until they get soft. Then add stock, water, white wine, your favorite greens, and some of the cut up meat. Bring up to a boil and then simmer it for a while. Finish with salt, white pepper, fish sauce or soy sauce and a bit of MSG.

For an extra umami bomb soup try the mushroom soup.

Add the cooked meat to your congee for extra protein.

For chicken and biscuits … start the same way as the chicken soup, but only add a cup or two of stock and then thicken the whole thing with a “bechamel” that you make from half a stick of butter, 4 tablespoons of flour and a cup of milk. Cook that until it’s nice. Serve on top of biscuits.

The possibilities are endless.

Extra note: the skin on a poached chicken seems to be a thing people disagree about. Chinese people seem to love it. Others, no so much. More for me.

This is the single best cooking idea I’ve had in ten years. 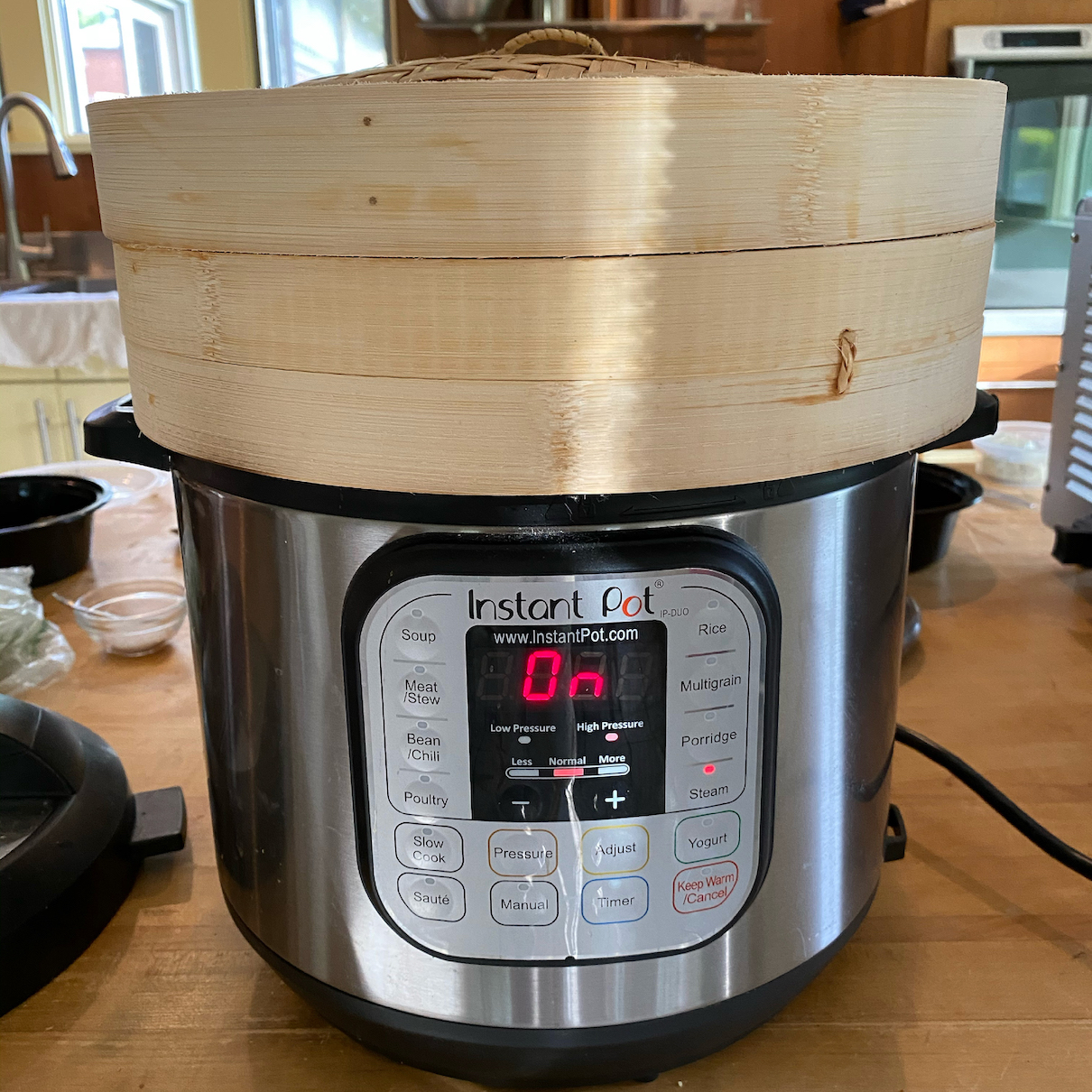 The NYC egg and cheese (or, more correctly, baconeggandcheese, one word) is a particular class of sandwich that is hard to find other places. A few places in Pittsburgh try to do breakfast sandwiches but mess them up by fussing too much over the bread, or by doing them on horrible biscuits, or committing any number of other sins. But, one local place has done this really well: The Pear and the Pickle. But, the pandemic has been hard on them, and it’s not clear whether they are going to come back next year.

So I have been experimenting with this dish at home, especially after noting that I could buy the same rolls that P&P use in their shop (the rolls are very important). So here is what I do.

You need: a bag of Mancini’s Egg Kaiser rolls, one egg, some bacon, and one slice of Kraft American cheese.

Now lightly squish both halves of the roll and then put in the egg and bacon to construct the sandwich. Cut in half and enjoy.